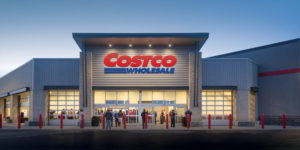 Canadian executive shoppers’ love for Costco will soon be put to the test.

The warehouse retailer seems all set to raise its membership fees later this year, Wells Fargo analysts outlined in a recent research summary.

Since the increase, the warehouse retailer has added about $50 billion in sales and its stock has gained about 97% dating back to when the last fees increase rolled out.

Analysts noted that Costco’s membership fee increases every five to six years, suggesting its next increase for international customers will begin this year.

The current price for Costco members is $120 annually for the Gold Star Executive package. Costco’s membership fee last increased in June of 2017, when it added $10 to the package.

Costco which has 273,000 employees throughout the world has enjoyed a boom during the pandemic. But it’s labour costs and COVID-19 extra care expenses have also spiked.

Costco sells almost everything you can imagine from cars to jewelry. But some of its strongest attractions include the cheap gas, electronics, furniture, beverages, famous roasted chicken, seasonal wears, vitamin pills and it’s no questions asked return policy. 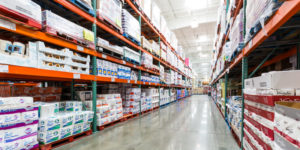 According to Craig Jelinek, the Company’s CEO and director, “Costco is able to offer lower prices and better values by eliminating virtually all the frills and costs historically associated with conventional wholesalers and retailers. We run a tight operation with extremely low overhead which enables us to pass dramatic savings to our members.”

Costco is hoping that when the membership fees increase, the romance with Canadian shoppers and newcomers will not go in the opposite direction.

Men Approaching 50 or over? Watch out for Prostate Cancer.

Warren Buffett’s 10 Rules for success and $100 Billion wealth … with lessons for newcomers.