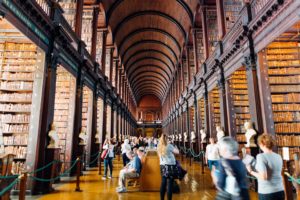 Canada, the nation full of mountains and lakes, and home of the famed Niagara Water Falls has often been rated as one of the best places to live on the planet.

The quality of life is great. Universal publicly-funded healthcare, a diversified economy, and a rich culture with multiple aspects are only a few of the reasons that make it great.

Higher education is also among those reasons. Universities are highly subsidized by the government and dozens of them have ranked among the best ones in the world because of their quality. This article will look at the cheapest universities in Canada for international students.

The Memorial University of Newfoundland is currently the cheapest option for international students in Canada. Tuition fees are of USD 8,150 per academic year. However, it is closely followed by St. Stephen’s University, Canadian Mennonite University, Athabasca University, and University College of the North. All of them still offer programs for less than USD 9,000 per year.

This university in Canada is divided into seven faculties, six schools, and more than 30 research centers. It is located in St. John’s but has four additional campuses, including one in England.

St. Stephen’s University (SSU) is a private university located in a small town in New Brunswick. It offers four Bachelor of Arts in humanities, international studies, psychology, and community engagement. It also offers master degree programs in theology and culture, and different diplomas and certificates.

The next cheapest universities in Canada on our list is the Canadian Mennonite University (CMU), a Christian private university located in the province of Manitoba. It is divided into five schools that offer more than 20 undergraduate and graduate degree programs.

Located in the province of Alberta, Athabasca University specializes in distance and online education. It is actually one of the first universities that offered this type of education. It started to develop distance programs in the ’70s.

It has five faculties of health disciplines, science and technology, humanities and social sciences, business, and graduate students. All of their programs are taught online and offer highly flexible schedules, giving you the opportunity of applying at any time of the year.

5. University College of the North (UCN)

Established in 2004, the origins of the University College of the North (UCN) can be traced back to 1966 when it was a vocational center. With 2,400 students, UCN is located in the province of Manitoba where it has 2 campuses and over 10 regional centers.

This university in Canada has five faculties of trades and technology, education, arts and science, business, and health. These offer 40 degree and non-degree programs 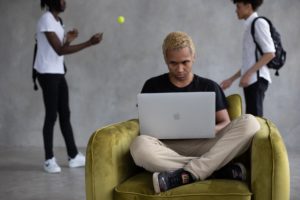 Booth University College is located in Manitoba and is another Christian private institution. It is affiliated to the Salvation Army, a Christian international organization, which is why they offer many opportunities to study a few semesters in other countries.

For those who are interested in getting a religion-related degree and are affiliated to the Christian church, it specializes in offering this kind of education. It grants undergraduate and graduate degrees in the areas of theology, evangelism and compassion ministry, ministry, and Christian school education.

It has two campuses located in New Brunswick that include multiple student residences and several sports facilities.

As suggested by its name, the Atlantic School of Theology (AST) offers graduate degrees in the field of religion to both religious and non-religious students. It is a public university located in the province of Nova Scotia. It offers a Master of Arts in Religious Studies and Theology and a Master of Divinity.

This affordable Canadian university also focuses on performing research at its centers.

It has five faculties of education, arts, science, graduate studies, and health science. It also has five research centers and a school of music, which is known as one of the best in Canada. The faculty of graduate studies offers five master’s degree programs.

The largest university in the province of Manitoba is the University of Manitoba, with almost 30,000 students and several education buildings throughout the region besides its main campus. It is ranked between the 601st and the 650th best universities according to the QS World University Ranking.

It has 24 faculties that offer programs in the areas of architecture, arts, science, education, humanities, ecology, etc. It is well-known for its faculty of medicine that has over 15 research institutes and 27 departments.

One of the cheapest universities in Canada, University of Winnipeg came to life after the merger of different colleges, the oldest of them founded in 1871. It has six colleges of education, arts, science, kinesiology and applied health, graduate studies, and business and economics.

Also, the university has three colleges, 12 research centers and institutes, an anthropology museum, an art gallery, and multiple student residences. Although this is primarily an undergraduate university, it offers eight master degree programs.

13. Alberta University of the Arts (AUArts)

Originally founded as an institute of art in 1926, the Alberta University of the Arts (AUArts) is a public university that grants degrees in different fields of arts and design, which include photography, print media, visual communication, ceramics, etc. Its campus includes over 10 galleries for exhibiting student work within and outside the university.

Tyndale University is a Christian private higher education institution that was founded over a century ago. It grants undergraduate degrees in education, religious education, business administration, philosophy, history, religious studies, English, and many more.

Graduate studies are offered at the Seminary. These studies include master’s degree programs in theology, theological studies, divinity, and a doctor of ministry. They also offer different religion-related diplomas and certificates.

Located in New Brunswick, St. Thomas University (STU) is a public Catholic university with 1,900 students. STU focuses on undergraduate education and its degree programs include multiple bachelors of arts, social work, education, and applied arts in more than 30 areas.

STU is well known for its programs in criminology, human rights, journalism, and communication and public policy. Some of these fields are covered at its research center.

This university is affiliated to the University of New Brunswick (UNB) because they share certain facilities. Although they are completely separated and autonomous institutions, you’ll be able to take some course at UNB as part of your program at STU.

The cheapest places to live in Canada

Zero collateral and poor credit. Can you still get a business loan?